I have always considered the piano like a body, an organism. I have always wanted to know what was happening inside, what was this machinery, this frightful power rumbling and rolling under its wooden chest. Remembering the words of my professors who taught me how to tame it (we pianists have been, for that matter, educated like machines to look for the most precise movement every time) I do sense a significant artistic stake.
For a long time, I have been wanting to create a show, which would hold at its core this machine, this mass, its intensity and its mechanisms. In the meantime, I would like to investigate this particular hand-to-hand relation it imposes on the human machinery in order to achieve sound purposes.

Pianomachine proceeds from an organological study that I have pursued with engineering students from the INSA in Lyon. This study resulted in the creation of a prototypical Piano in which automated units (percussive tools, resonators, bouncy masses) are added to the piano organism and act on its strings and structure. The instrument is conceived as an extension of the interpreter’s active power. The added machines provoke chain reactions, in or out of sync, by the piano player.

A hand-to-hand relation is by nature one of struggle as much as one of desire, sensuality and pleasure, the lovers’ union. This relation is first and foremost the one that has been bonding man to machine for centuries. It involves the body as much as the brain cells or rather what one could designate as the body/brain. It is in fact a matter of resonance between those two bodies: the human and the instrument, to evoke their inner parts and their outer parts, what is shown to the eye, what is given to hear and what is not. A dialogue is built up between the two “subjects” through a performative mode of sound, verbal and gestural exchanges, a kind of visual narrative. 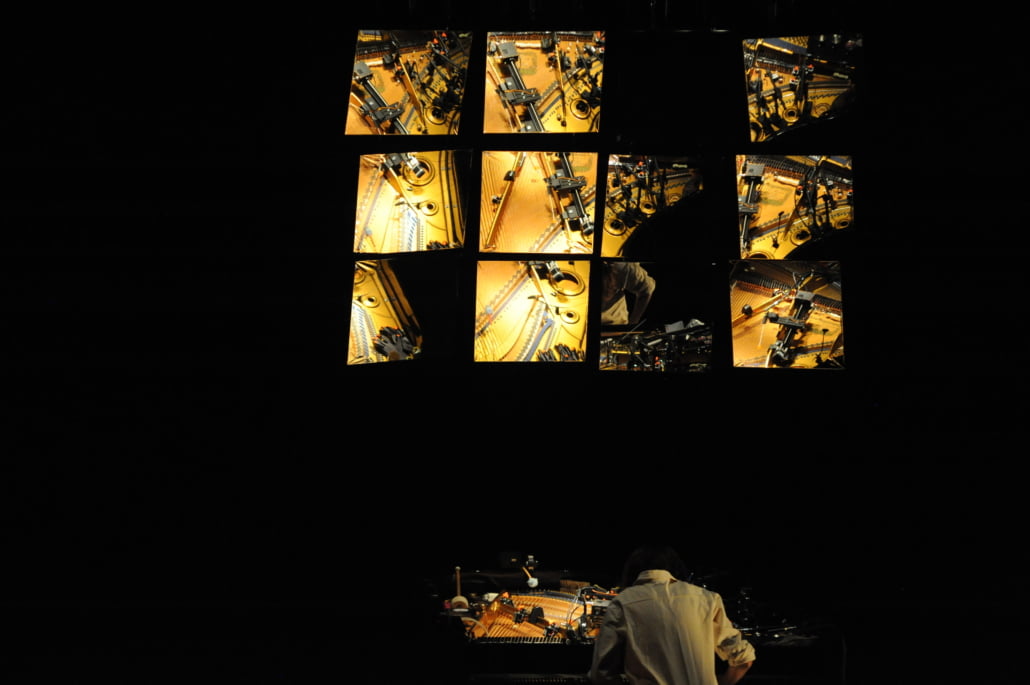 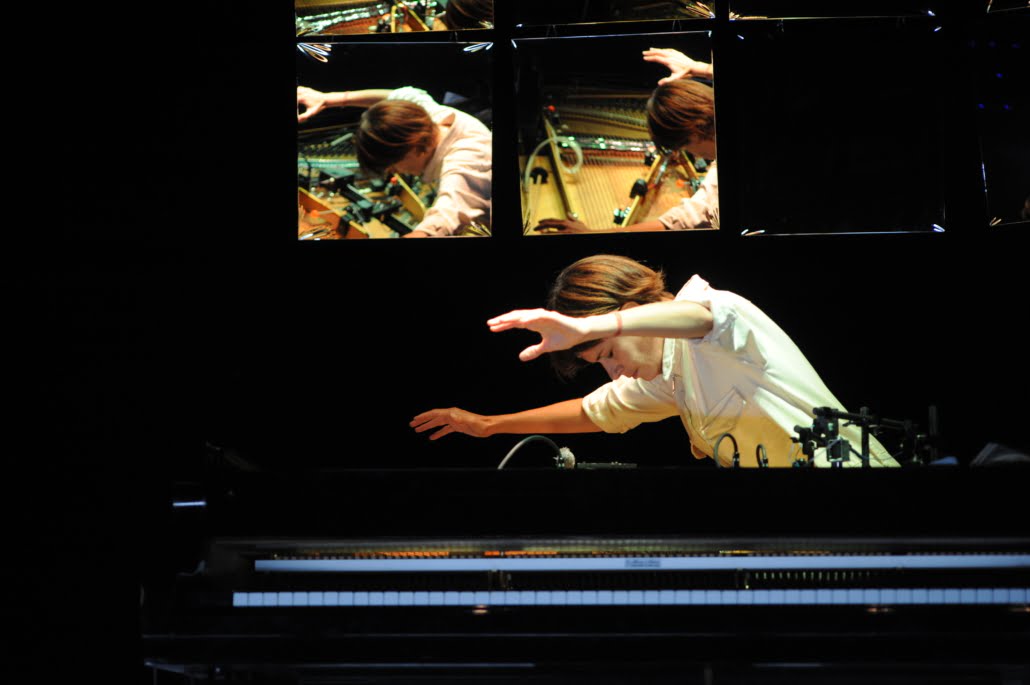 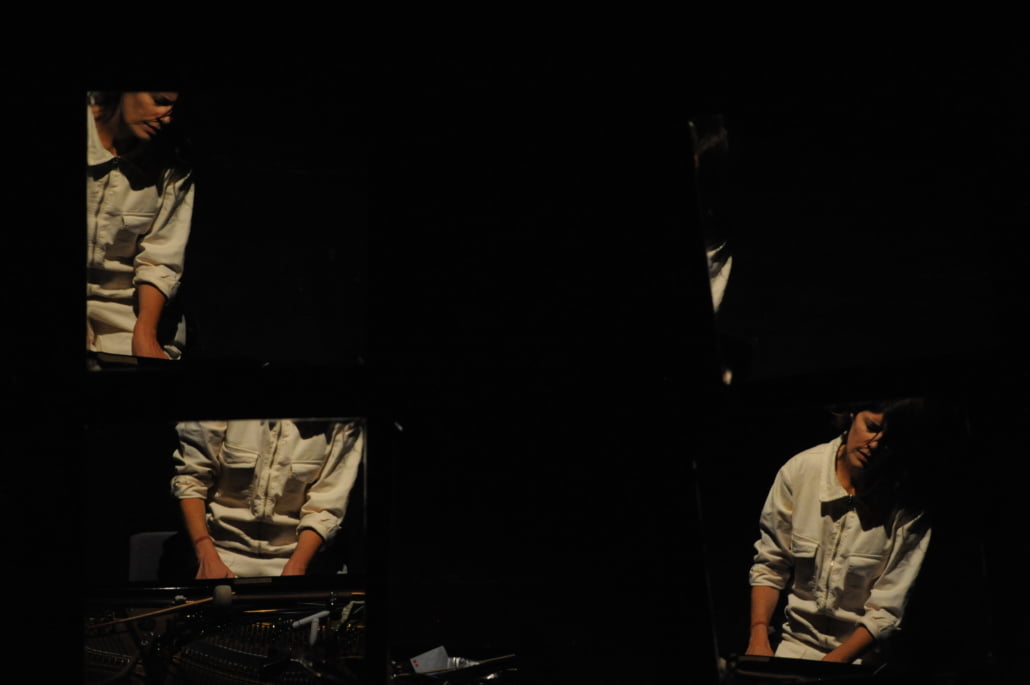 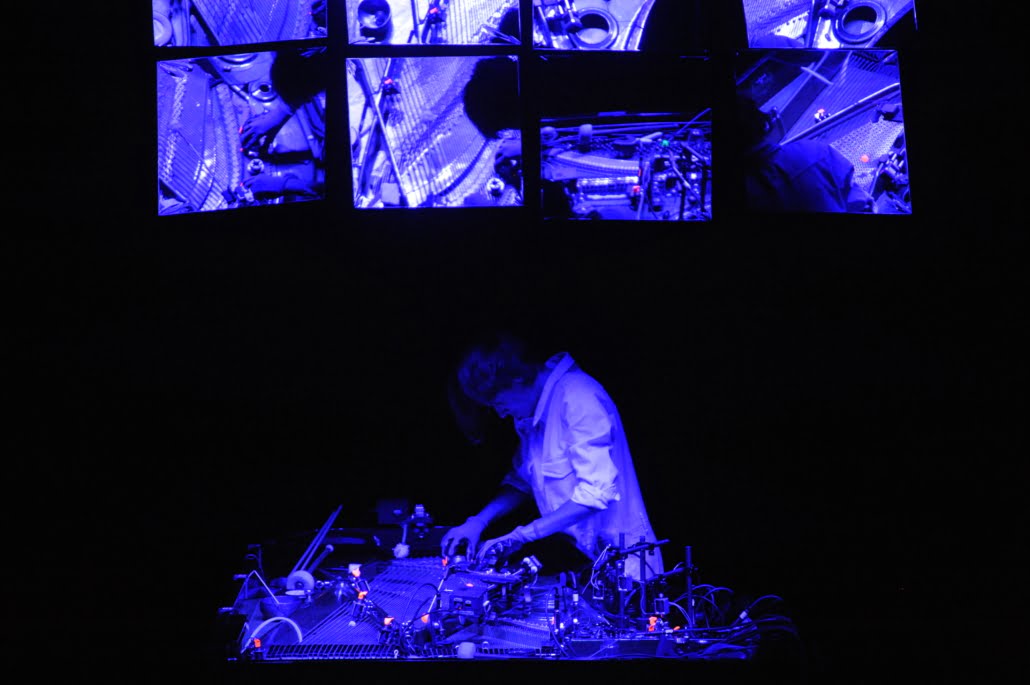